At the protest, Washington State Rep. Robert Sutherland called for the start of "a revolution," then came back to say it would be a "revolution of love," then cited the the Revolutionary War, then said that's not their intent, then said the people have a moral obligation... pic.twitter.com/H1r0SJyTwc 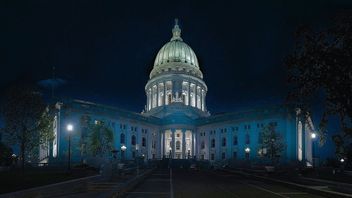